Life Through a Dog's Eyes

as featured in ACT magazine, Issue 56 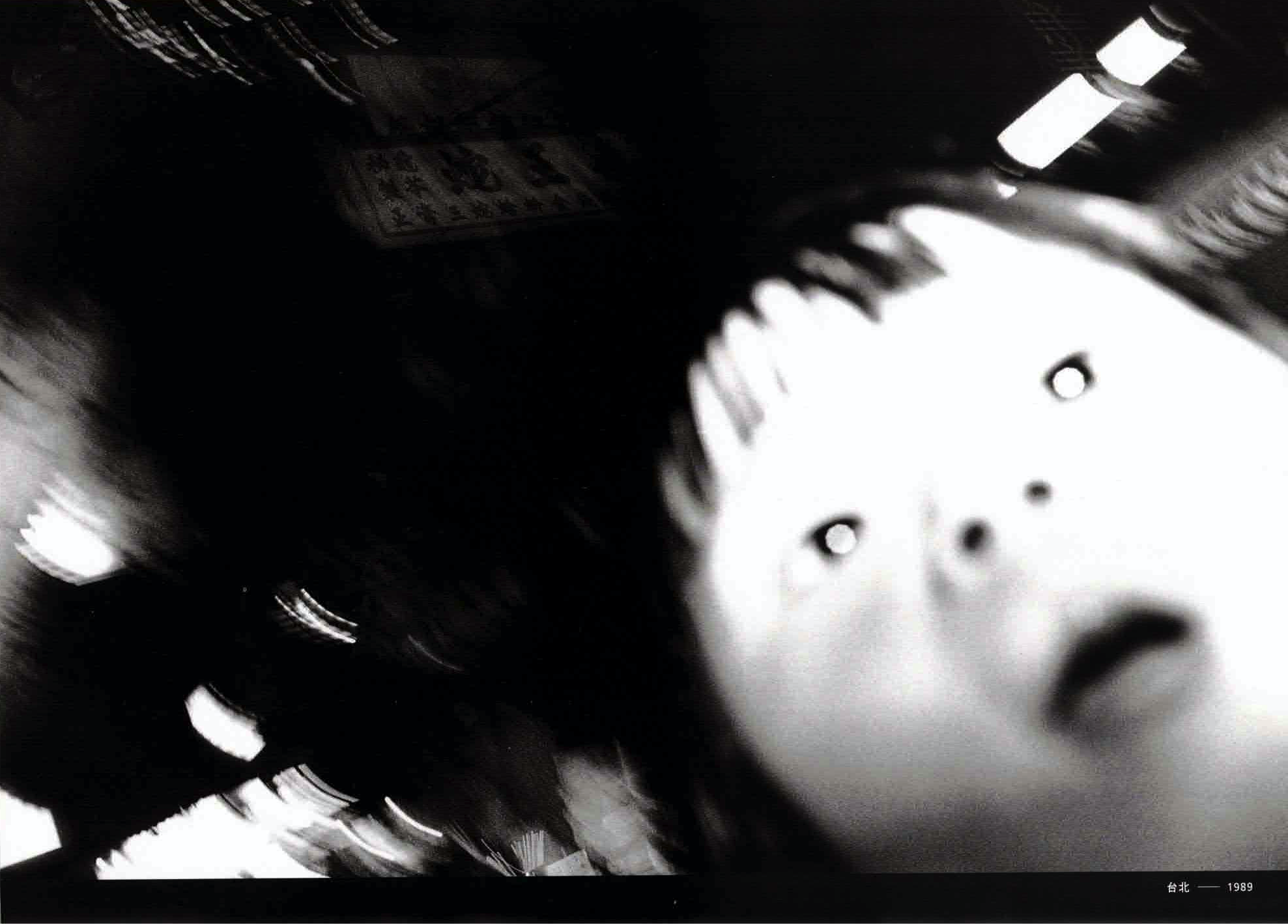 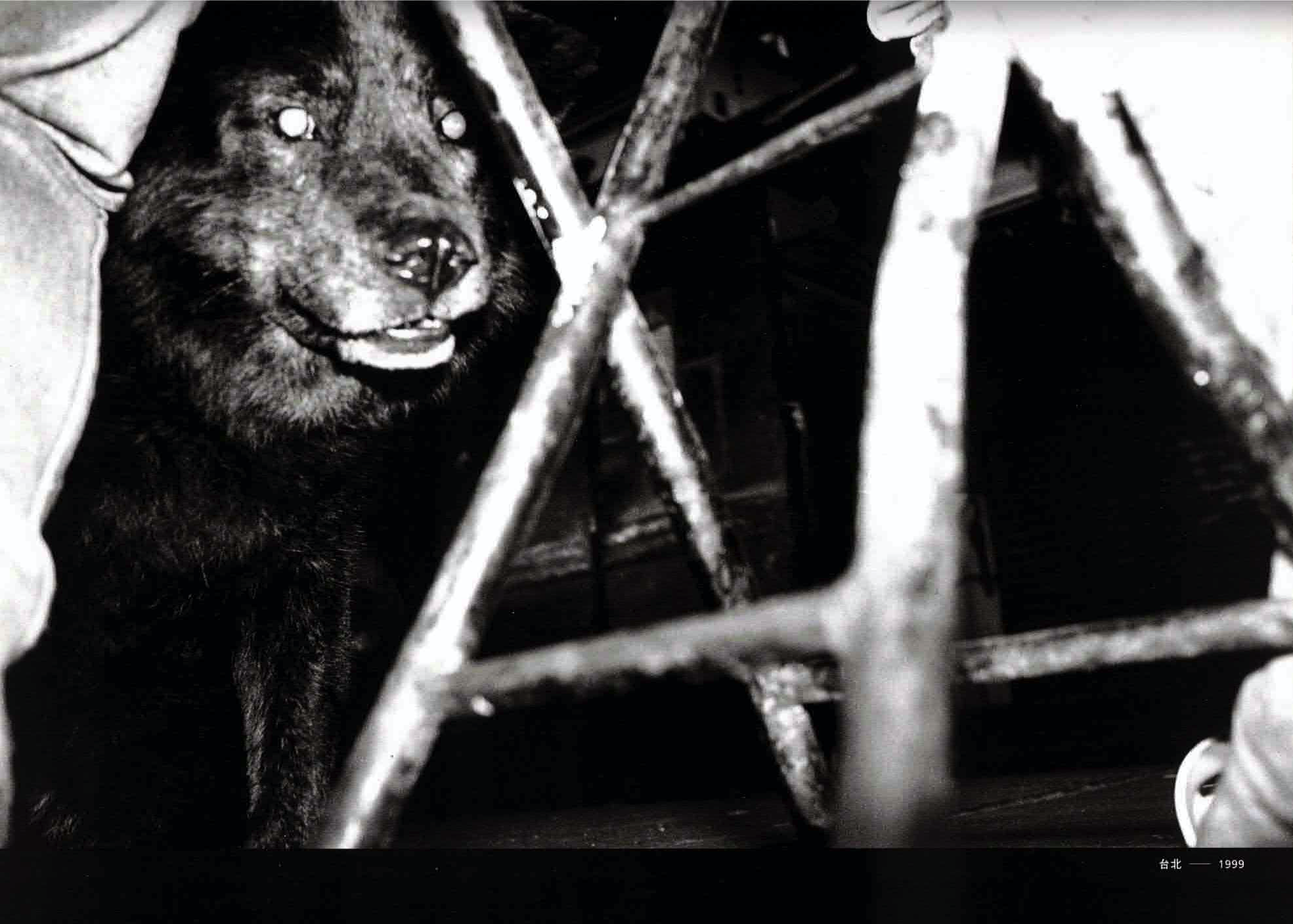 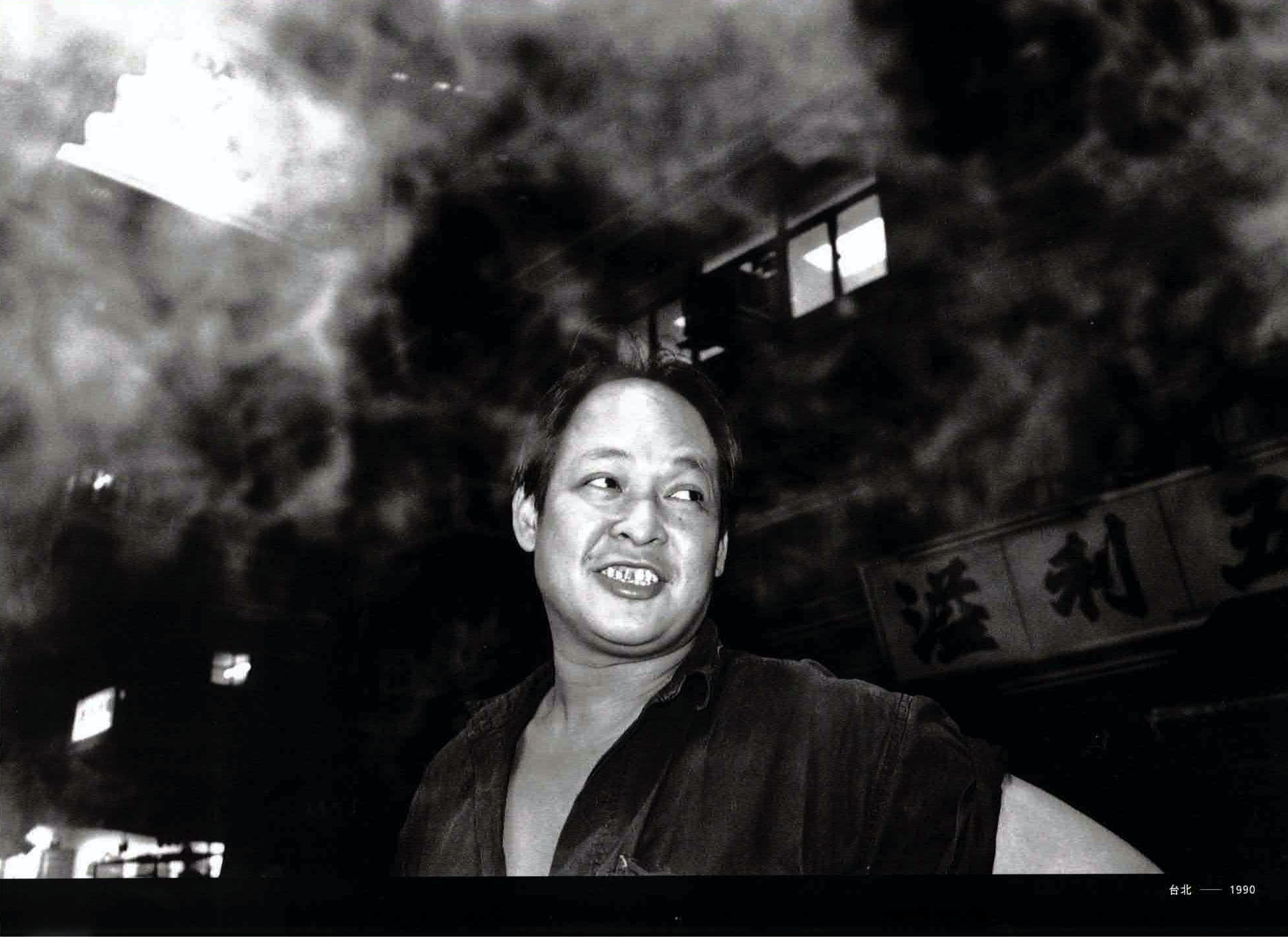 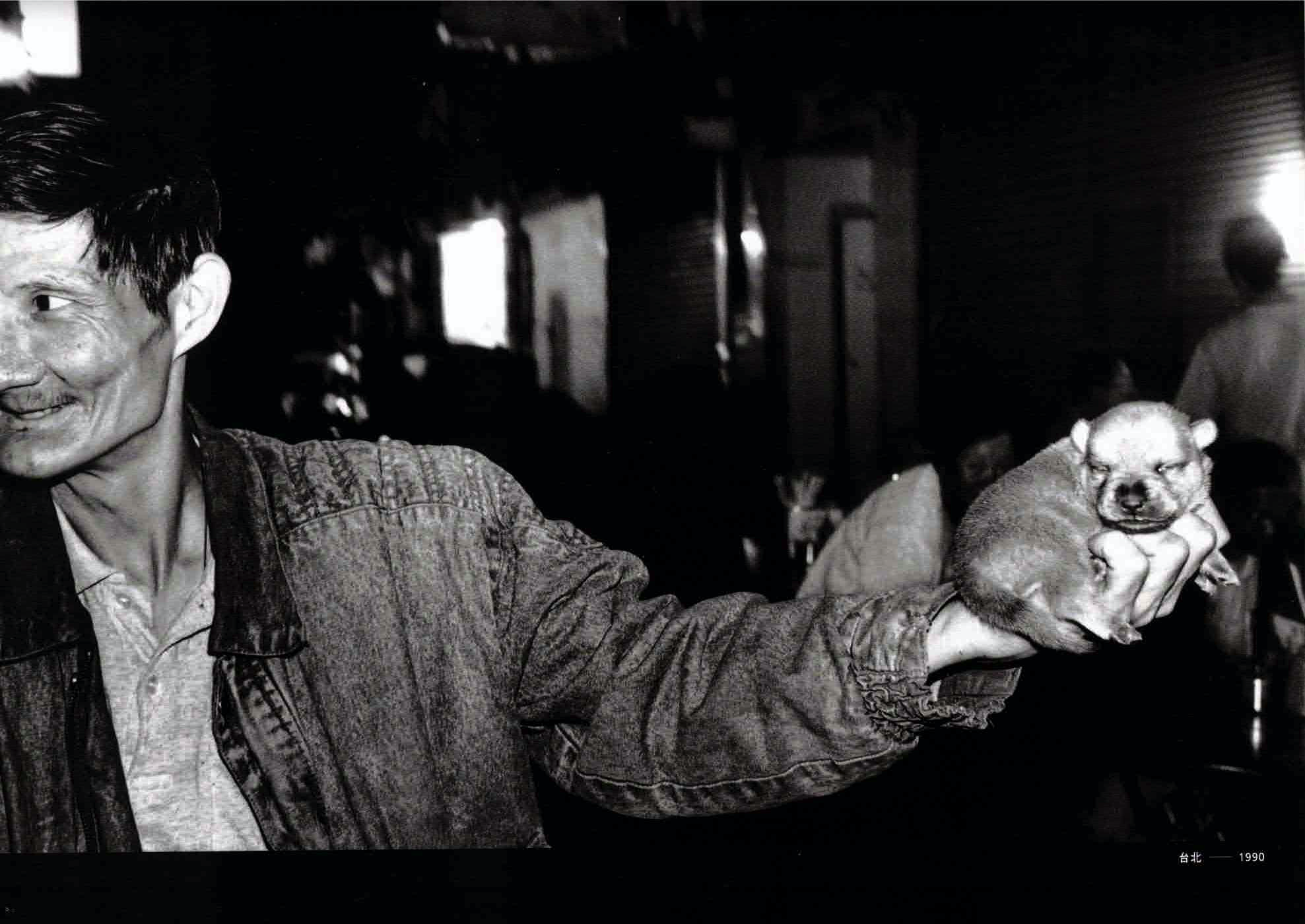 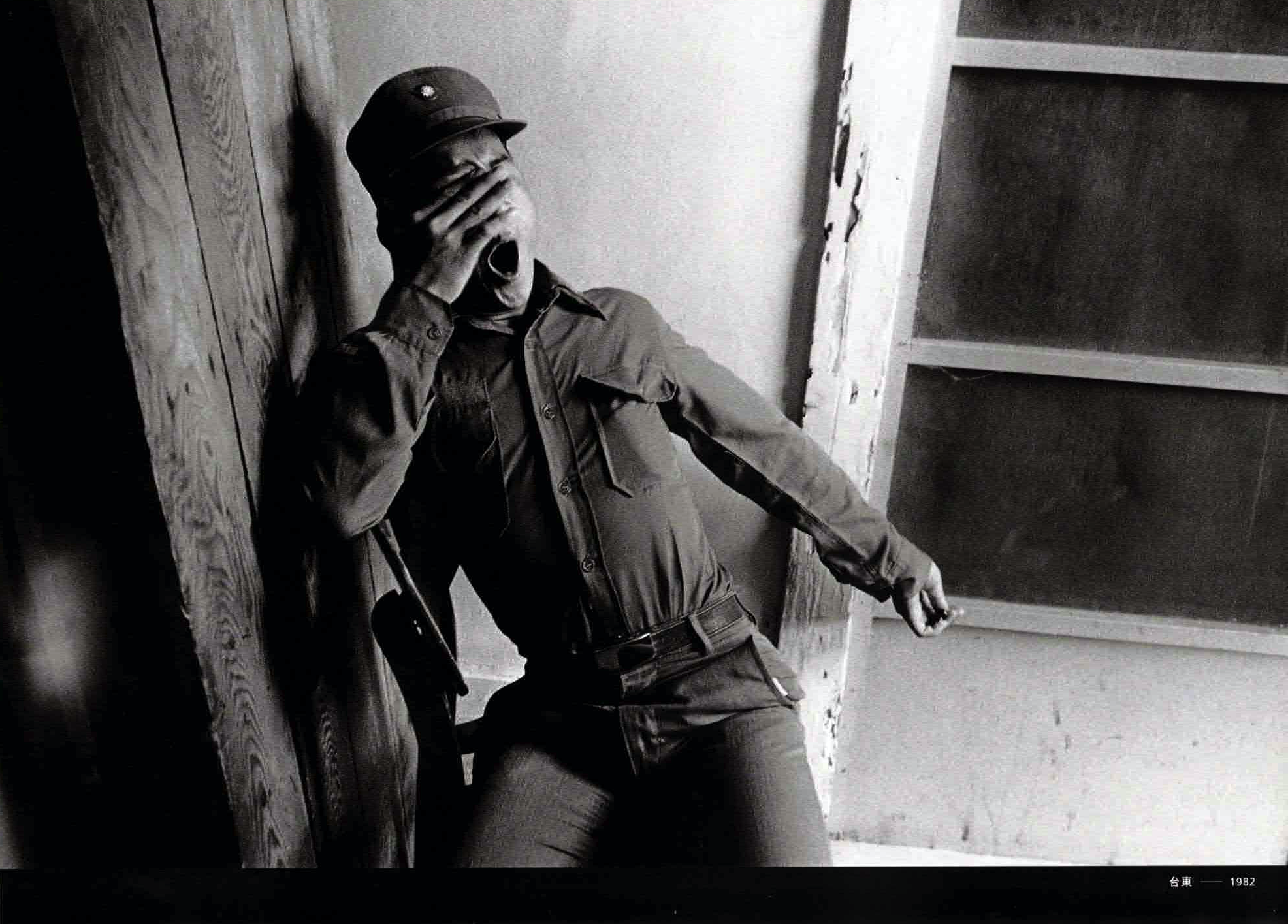 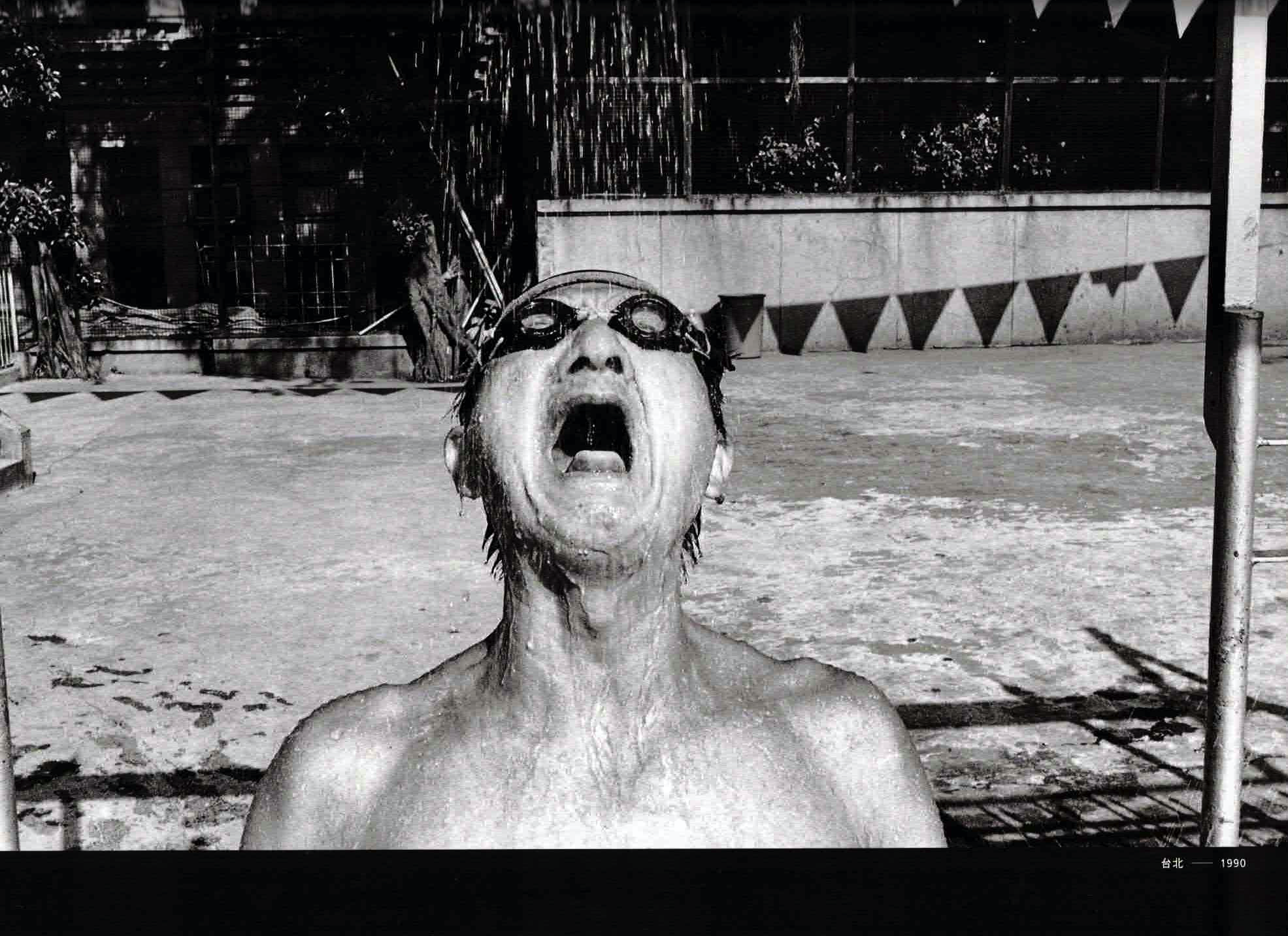 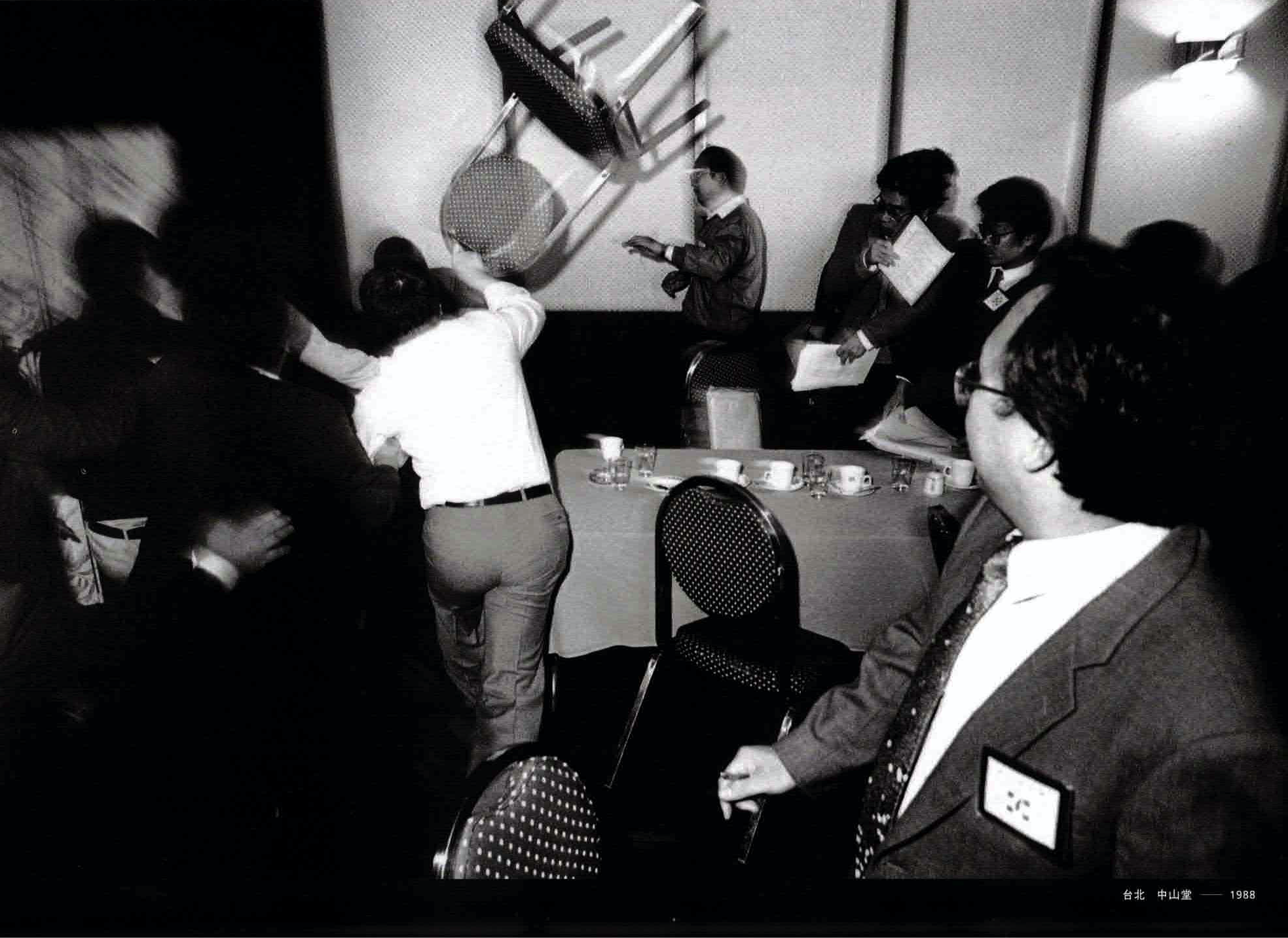 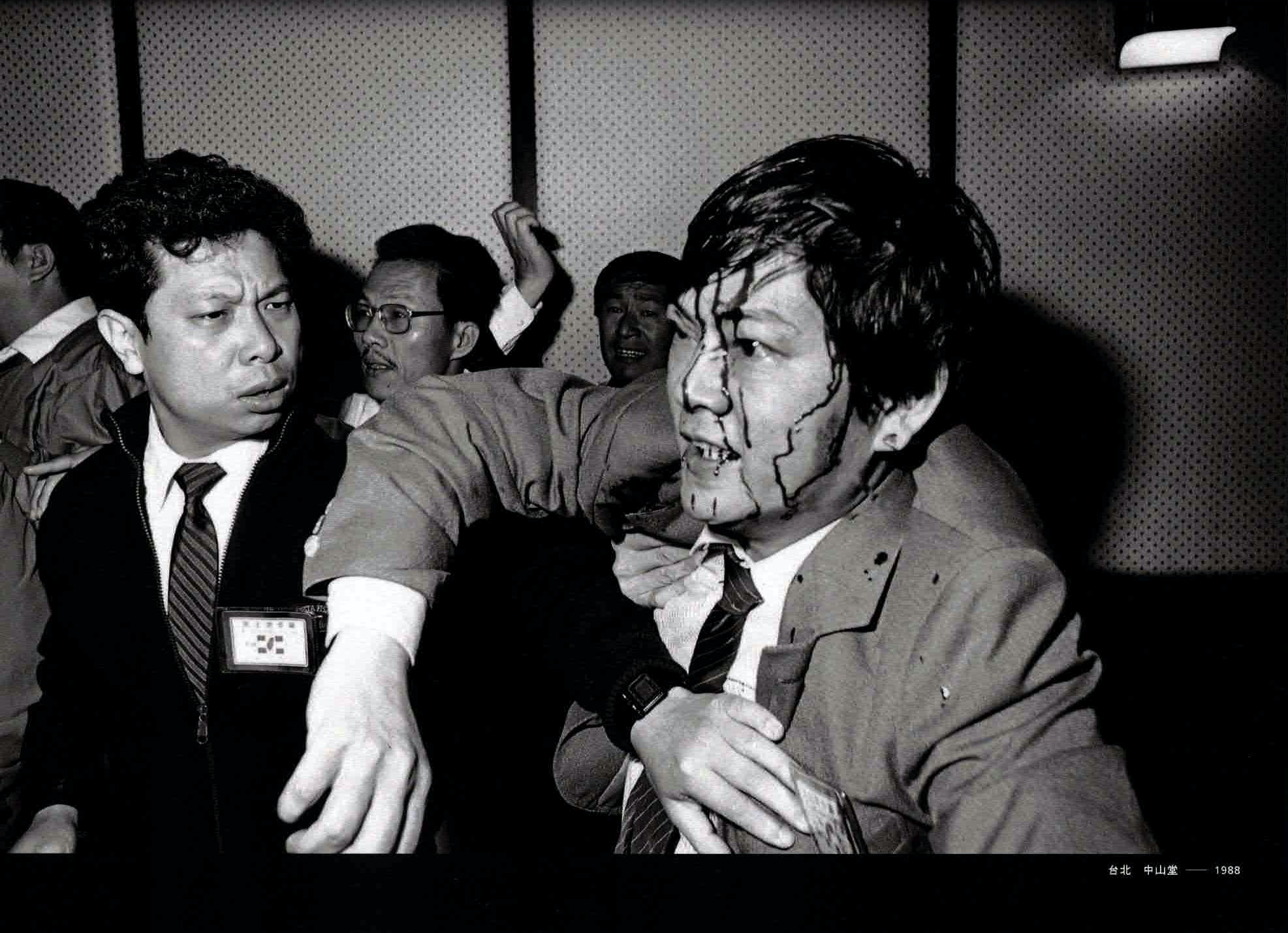 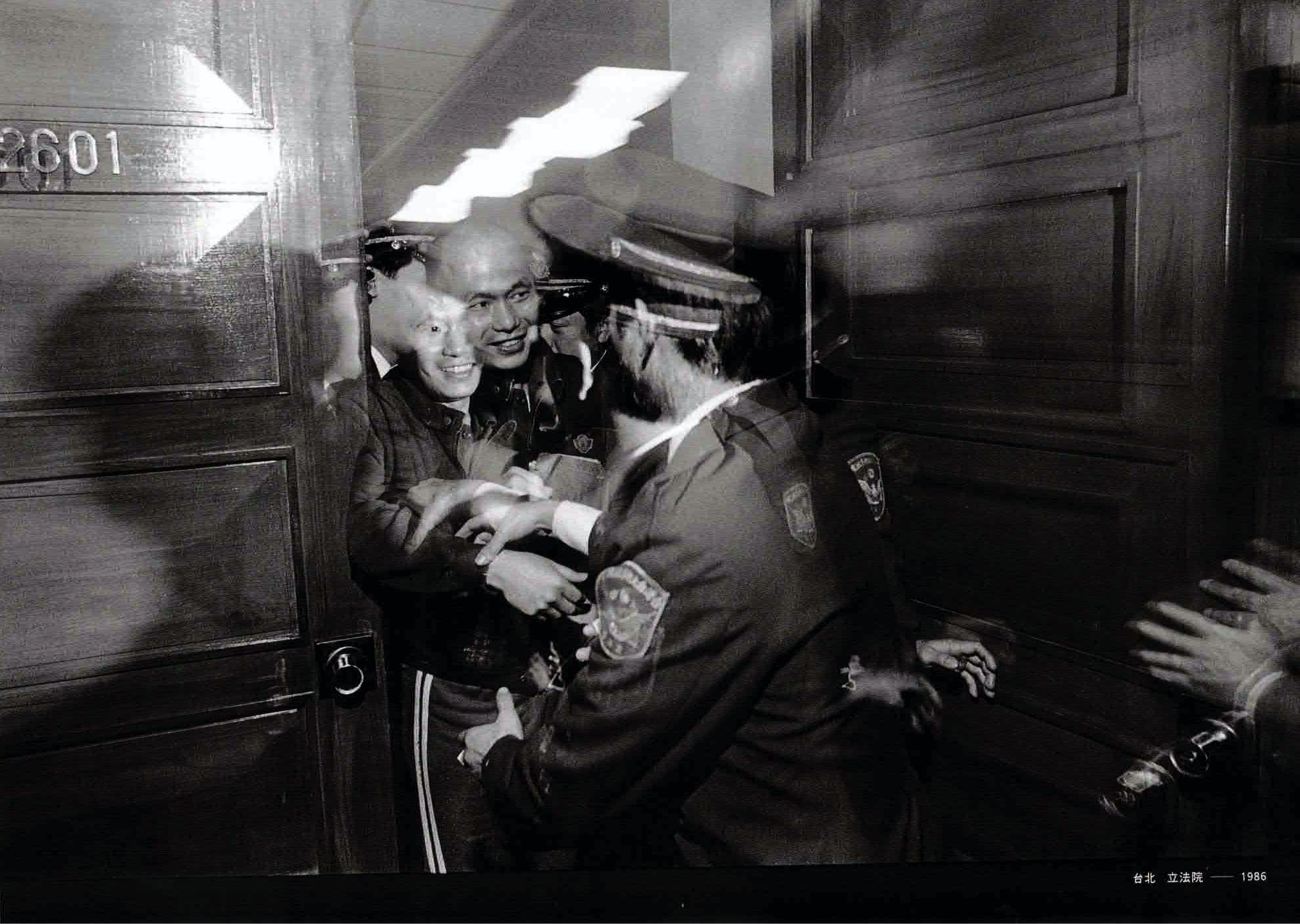 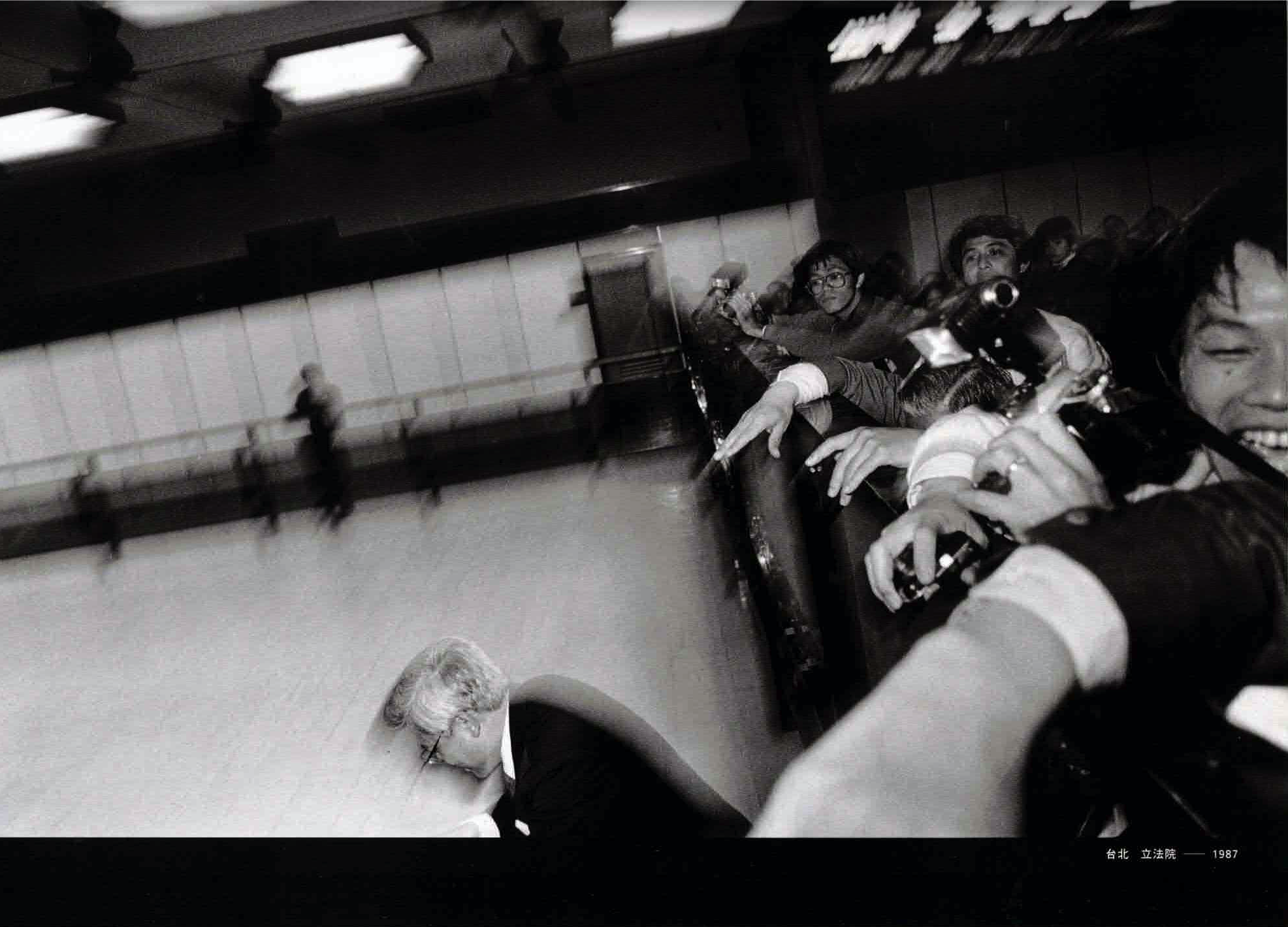 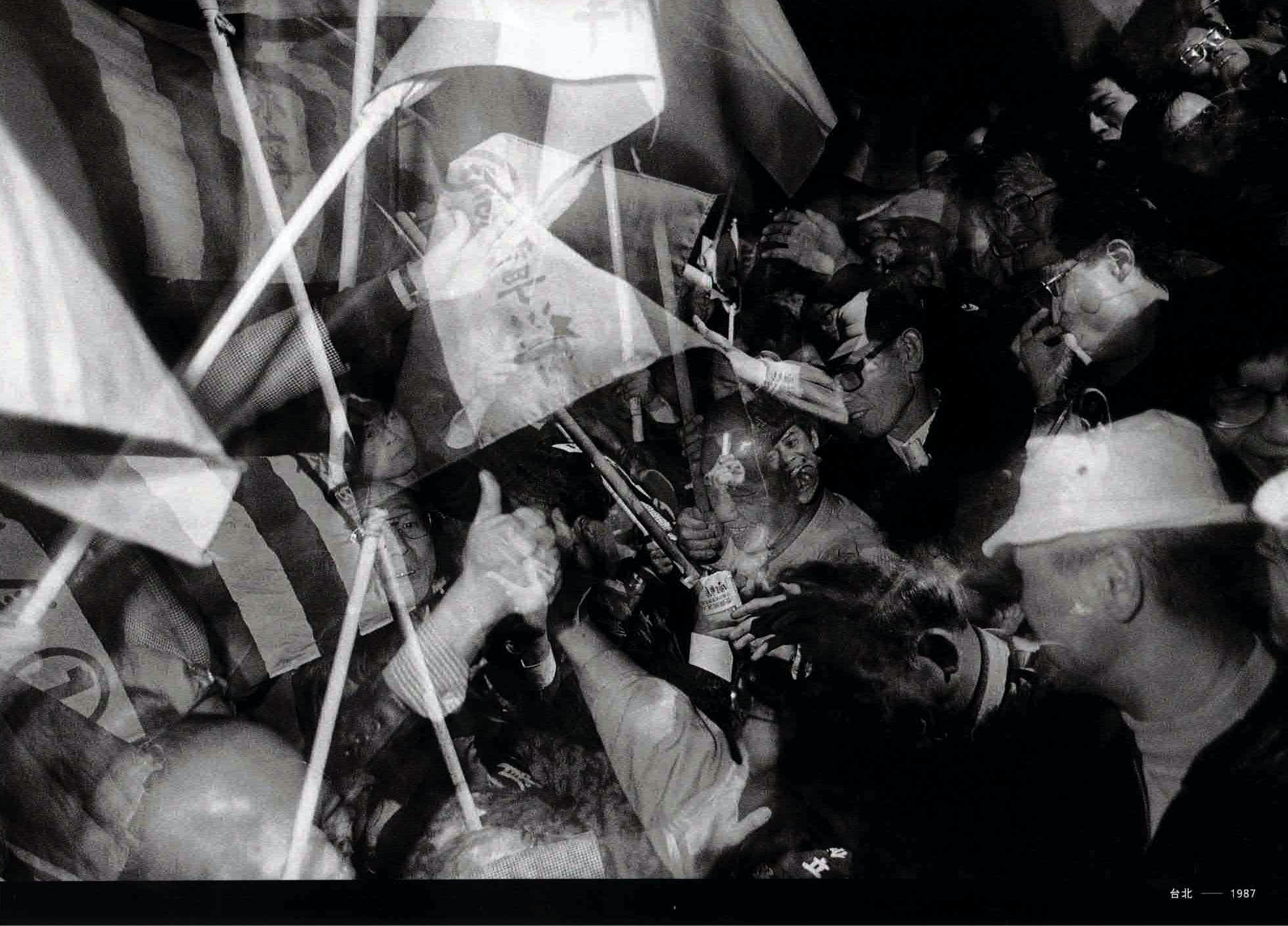 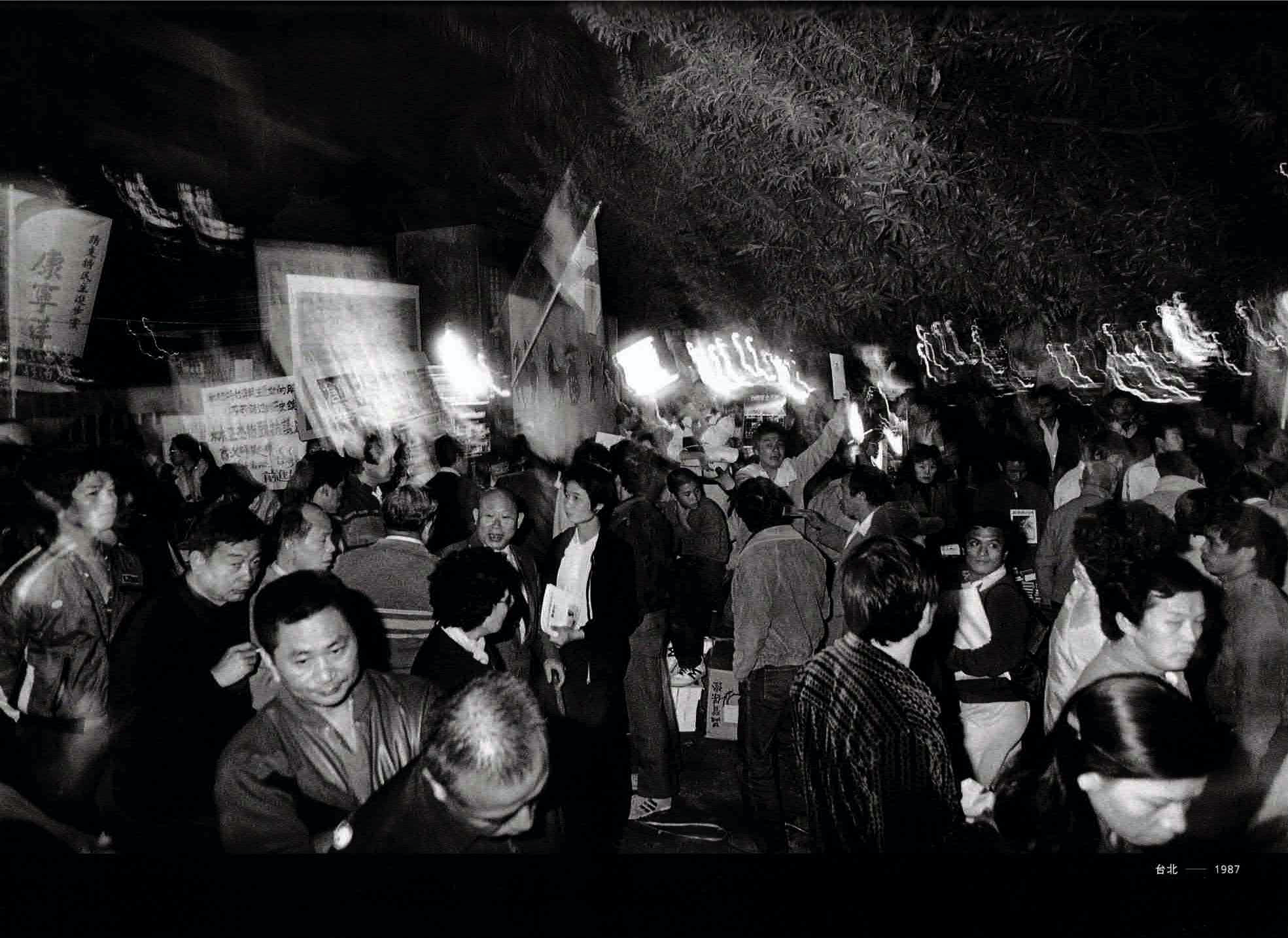 The above photography is from issue 56 of Taiwanese contemporary art magazine, ACT, printed Oct, 2013. The photography, the puppos, and even the photographer's name (my mother is Taiwanese, and shares the same surname) instantly resonated with me. Of course, it reminded me of one of my all time favorites, Daido Moriyama, with the black and white high grain and lerv of dergs. I thought about these photos often, as nearly a decade on, i still have this copy. After I scanned it, i realized I might as well give translating the article a go, what with OCR recognition* and online translation services and all. It appears to be a memoir written by a friend, written some years after Yeh's passing. Moreover, in researching Yeh Chingfang, ive found that his photography is poorly archived online, and hard to find outside of Taiwan. Even details surrounding his early death are vague, and attributed to a "dangerous lifestyle" in a single blog post. This motivated me to collect as many images as i could, which i plan on putting into a dedicated site in the future. 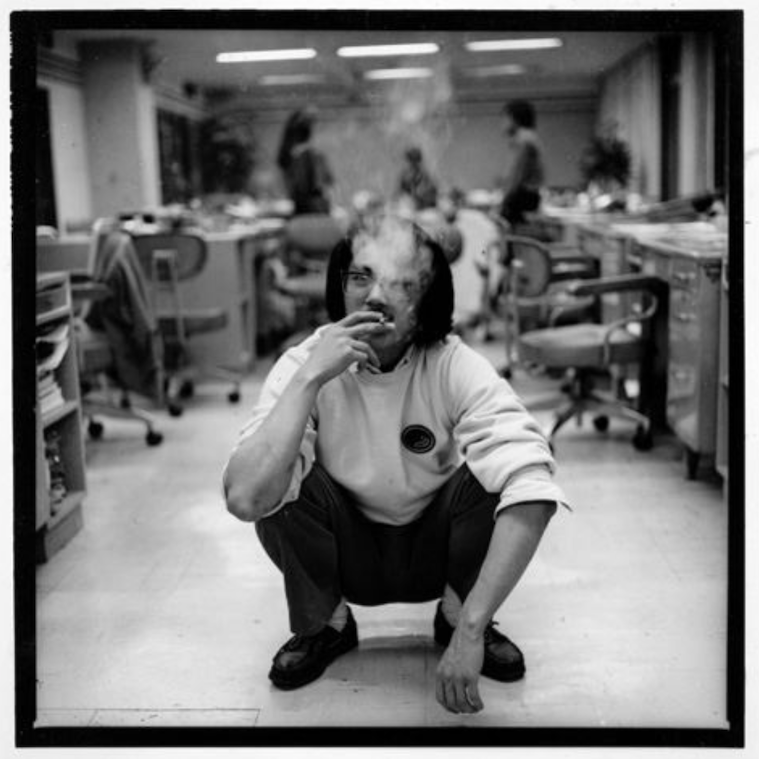 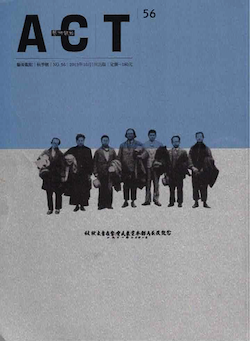 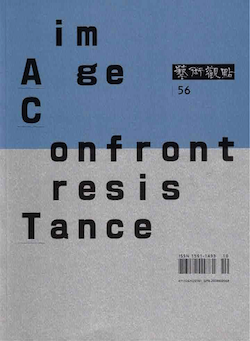 Translation:
Note: This is for the most part, a direct copy-paste from Google Translate.
Ive made minor changes for better legibility, but any help with translation would be greatly appreciated.
Original Mandarin text and scans can be found below).

This morning, I clipped my homemade bookmark to page 65 of "South of the Border, West of the Sun" and didn't read it any further. Long-term insomnia, especially good at night, reading until morning, living a free but seemingly idle life. I don’t know what my friends and family are busy with. In recent years, everyone’s life has not been very good. Many unpleasant things have tortured them. Shunsheng left early and unexpectedly. I was sad for a period of time. This kind of sadness is similar to when my father passed away. Mood, I am always sensitive and sensitive, and I need a little comfort every day when I wake up.

In the beginning of 1998 - after I returned to Taipei from Hong Kong, Paris, I still couldn't adapt to the office culture of the newspaper. After many times, I chose to pause - think about something, do something else, and make sure I want to continue the idea of shooting and walking around.

I left the newspaper in 2001, until 2005 - I was in the middle of my own "Fangfang Restaurant", "Paris Commune" and "Duck Meat Flat", vaguely looking for the answer to life.

Among them, the happiest period of time was when I raised a Taiwanese dog that was just born, "Noire" - means "black" in French. My friends don't know French, so I just call it "two bowls". . I carefully drafted the design drawings of a mansion for it, and built it myself. In the evening, I bathed the little one and took it for a walk - it was the most pure and happy time. From it, I saw life as a dog. In fact, from the feelings of love and desire, it is difficult to survive in the face of ordinary life. Life and death are inevitable. How to burn as much as you like in a short life, release sparks, give birth to sparks, and continue? It is the fate of man. There is no need to worry for Two Bowls. They were accidentally lost for more than five months. At that time, I was slightly drunk, and I didn't pay attention to them when my friends were booing. I was sad for a while because of this, and sometimes dreamed about it.

I like being honest with myself and don't care what others think, I am who I am. As a worker who likes photography and art, society - art, art - life, maybe (I only like this) creation like this. I'm not against the meaning of photography, painting, art, but I can't stand some people taking it as a great cause, or twisting themselves to suit the world.

Photography should actually be very simple, it has reflection, it has art, aesthetics, records, society, news, life... just like painting, literature, and film - it exists and has positive elements, but it can be done but not said. Saying too much means you are doing too little.

Taiwan lifted the martial law in July 1987. For many people, the years before and after the lifting of the martial law should have been a busy, practical and fulfilling stage.

A beautiful day full of hope, but also an unforgettable day in Section I.

At that time, social movements in Taiwan were very vigorous’ and full of energy. Persecution of those who have been imprisoned in the martial law system for a long time The man seemed to have broken free from the cage overnight. In the year of 1987 alone, there were more than 3,000 marches, demonstrations, protests, petitions and other activities all over Taiwan, an average of nearly ten a day. At the demonstration scene at that time, there were mainly three kinds of people- the demonstrators, the police, and the media reporters.

Every day, when the tourist bus takes the demonstrators into Taipei, and the anti-riot car also takes the riot police into Taipei, the media from all walks of life.

Sports reporters have also arrived at the demonstration site and are preparing to start a one-day interview. It was on such occasions that I met many friends, including Qingfang.

When I started, Qingfang left a deep impression on me. In terms of first impressions, his appearance is very eye-catching. At that time, he often wore a green military jacket, with long black and shiny hair, a neat and refreshing moustache, and two shiny eyes behind the round frame. Glowing's overall image is very clear, with the abundance of a kind of elegant and beautiful teenager. Moreover, at work, his attitude is relatively firm and calm. It seems that he will not be affected by the atmosphere of the scene. Not the impulsive, busy type that doesn't appear nervous. In the imagination, it seems easy to do this, in fact, anyone who has experienced it knows that it is not easy. But Qingfang can do it. He can take pictures of what he wants to take pictures without haste in the commotion of the army. I admire this calm and elegant way of working, and I even find it a little aesthetic. Although this may not be what other photojournalists are talking about.

Looking back now, the street photography work at that time actually had its hard side. On the one hand, I have to go to the streets almost every day. On the other hand, on the other hand, it is because the main focus of street photography is the confrontation between the police and the people or the conflict between the police and the people. In order to shoot these scenes, photographers often have to stay between the two. If there is a commotion at the scene, the photographer will immediately move along with the rhythm of the street activity itself, which includes being pushed by the crowd involuntarily. walking, including being beaten with batons, being flushed with strong water jets from riot vans shooting, getting hit by rocks or tins thrown by the crowd, and figuring out how to keep filming under such harsh conditions - both physically and mentally draining.

However, the group of street photographers I know do not feel tired, or in other words, do not appear to be tired. Maybe it was because everyone was young at the time - the body took it. But I think the real reason should be that we were full of expectations for the social movement in Taiwan at that time, and we all hoped that the unreasonable political system could be broken through, and all kinds of injustice and inhumane social status quo could be corrected. These people all want to use their cameras to contribute to this change and make some contributions. It is this common ideal and enthusiasm that makes these people so devoted to their work, and it is also this common ideal and enthusiasm that will unite these people more closely in the future and become like-minded good friends. On the other hand, these people seem to like to drink a little bit of alcohol, as if the blood of rebellion needs alcohol to flow more smoothly. Therefore, they often get together to drink together after work. At the end of the street activities on the first day, people often ask me where to meet at night, which makes me sometimes have the illusion that I work on the streets during the day so that I can have a drink at night. At that time, the places where this group of people frequented, I can now think of the Liufu Inn on Shida Road, the Dragon Inn on Linsen South Road, the food stalls by the railway on Bade Road, and the drinking I cup at the intersection of Keelung Road and Dunhua South Road. , the stall on Heping East Road, and Ah Cai's shop.

In this kind of night gathering activity, Qingfang started as the core molecule. Although in the wine field, Qingfang does not seem to have any special performance except for his good drinking capacity and research on appetizers. For example, he does not have the sharpness and explosiveness of Gao Zhongli from the same newspaper department, and he is not as funny and disruptive as Hou Conghui from "Self-Reliance News" - not as funny and hilarious as Ah Cai (Yu Yueshu) from "Advance Weekly", and he does not have " The unbearable reluctance of Cai Mingde of Human Magazine.

Although Qingfang didn't have any prominent actions - he didn't even speak much, he was always the focus of the scene. I'm slowly feeling that it's because Qingfang personally has a kind of quality, that's a kind of gentle' gentle, warm, even if he just sits and drinks silently - you can feel the person that this quality comes out of The warmth of his will make you naturally pay attention to him and be happy to get close to him. The reason why Qingfang has so many friends over the years - the reason why these friends have always liked to get together with Qingfang - I think maybe it is because he is a warm friend.

Such a personality trait itself - in fact, is a kind of beauty, and the reason why Qingfang is so nostalgic - is precisely because he is a person full of beauty. This kind of beauty may have been mixed with decadent, indulgent, noisy and wild ingredients, but it has never lost its warm nature.

Qingfang used his beauty to accompany us through that beautiful era. Now that Qingfang is gone, that era has long since ended, but the good feeling that Qingfang brought us will remain in our hearts and will not fade away with time and death.